The Moorpark College Foundation Board is a team of volunteer business professionals, alumni, faculty, and college senior leadership that raise funds for scholarships, student basic needs, The Rising Scholars Academy, and other programs where needed.

The Foundation's success is rooted in the commitment, guidance, support, and financial resources provided by each member of the Board. To accomplish its goals supporting students, the Board looks for community leaders like you who feel strongly that preparing the next generation of students for the workforce is a high priority.

It’s inspiring to put your mark on an organization, moving it forward, establishing its impact, relevance, and importance in the community and in a changing society. If you are interested in becoming a Board member, please read through the Moorpark College Foundation Prospectus and email mcfoundation@vcccd.edu stating your interest ins serving.

Moorpark College Foundation Board of Directors 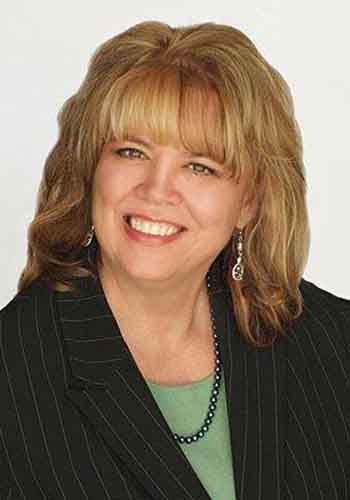 Jill Haney has 42 years of experience in the banking industry. She is currently the Vice President and Branch Manager at the Westlake Village office of Montecito Bank & Trust.

Haney has been a resident of the Conejo Valley since 1959 and currently calls Westlake Village home. She is a graduate of Thousand Oaks High School and a Moorpark College Alumna. 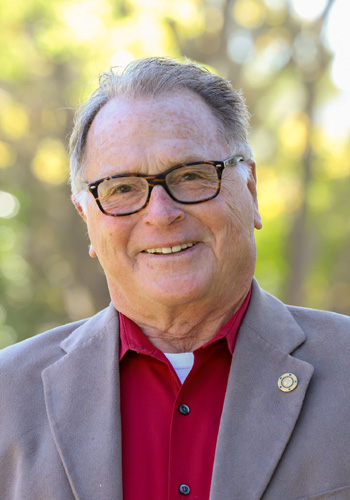 Timothy Weaver is an adjunct professor teaching business classes at both Moorpark College and California Lutheran University. He has spent 40 years in the banking industry. He served as Department Chair and is honored to receive the adjunct faculty of the year award twice. Teaching remains his passion.

Timothy also has served as President of the Rotary Club of Thousand Oaks and is a Board member of Business Finance Capital, a Certified Development Company. 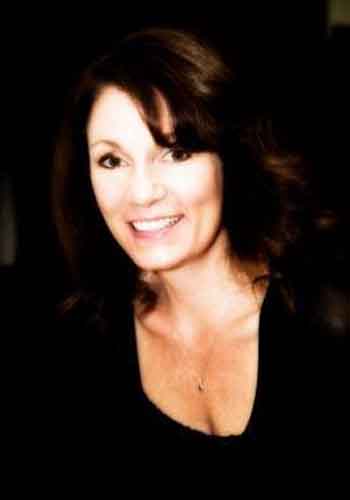 Kathryn Stiles is the Director of Community Integration at Adventists Health Simi Valley. She has a background in health and wellness, healthcare marketing, communications, and community health improvement. Her role with Adventist Health Simi Valley is dedicated to helping the community achieve best health outcomes. 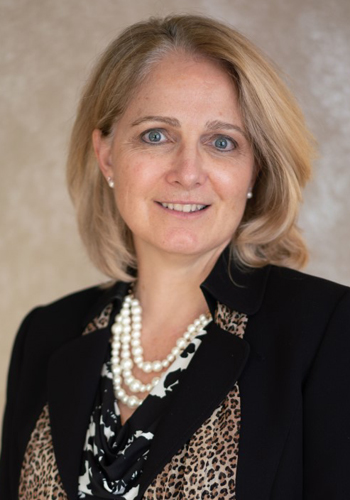 Jennifer Clark is Vice President of Business Services at Moorpark College and an ex-officio member of the Moorpark Foundation Board.

She moved into finance in 2010, and in 2013, began her Ventura County Community College District career at Oxnard College as the Campus Fiscal Services Supervisor. Four years later she was promoted to the district office as the District Budget Director, and in February of 2020 joined Moorpark College as the Vice President of Business Services. 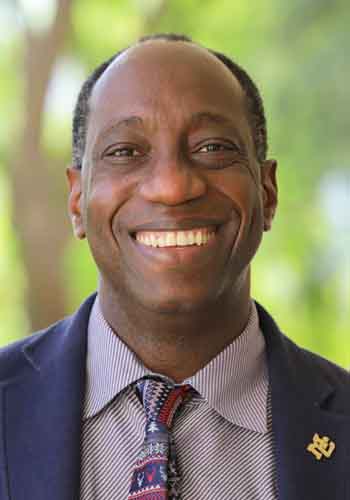 He is committed to student access and success; his professional work has focused on developing career programs to prepare students for high skill, high wage, high demand employment.

He was the president of the California Community College Association of Occupational Education. He holds a doctorate in education with an emphasis in Curriculum and Teaching from Boston University, a Masters of Fine Arts in Creative Writing from Arizona State University and Bachelor's Degrees in Business and English from the University of Southern California.

Dr. Sokenu is a published poet and writer. His poems have appeared in “Hayden’s Ferry Review,” “Nimrod: The International Journal of Prose and Poetry,” “Savannah Literary Review,”  and his essays on teaching and learning in “The Community College Journal.” 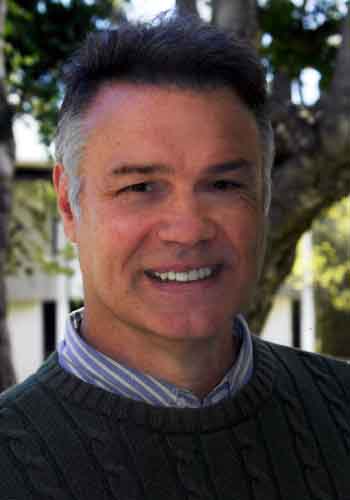 As an actor, John is best known for his 20-year run as Cord Roberts on Disney/ABC's "One Life To Live."

John has extensive stage experience and has performed Off-Broadway, regionally, and on both coasts.  He has appeared on shows such as "ER," "Sabrina: the Teenage Witch," "Star Trek: Voyager" and "As The World Turns" and the feature film, "Death of a President."

A produced playwright and member of the Writer's Guild of America, John has written for Disney/ABC’s "General Hospital" and "One Life to Live" for which he was nominated for an Emmy Award in Writing in 2006.

John holds a Master's of Fine Arts from the University of Minnesota. He is a member of the WGA, Screan Actors Guild - American Federation of Television and Radio Arts and The Actors' Equity Association. 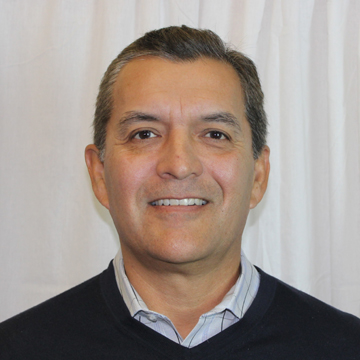 Paul Aguilar is the Head of Human Resources for the Transplant Diagnostics Division of Thermo Fisher Scientific based in West Hills, California. He has held this position since 2017.

With over 20 years of Human Resources experience, Paul has held leadership roles at Amgen, Baxter, and Exel Logistics. His areas of strengths include strategic planning and execution, executive coaching, talent management, and change management.

Paul holds a Master’s of Organization Development from Pepperdine University and a Bachelor’s of Business Administration, Finance from California State University, Chico. 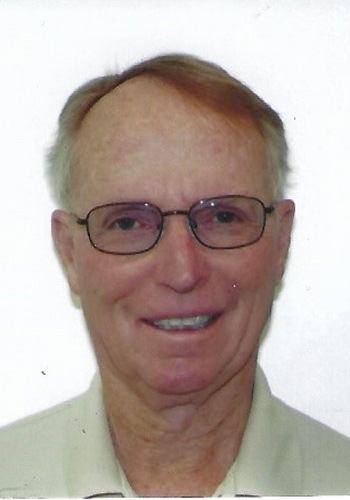 He is a consulting structural engineer and reviews plans for the Division of the State Architect for several buildings at Moorpark College. He designed the seating base of the college's football and baseball stadiums and designed and helped build the College's field hockey stadium. 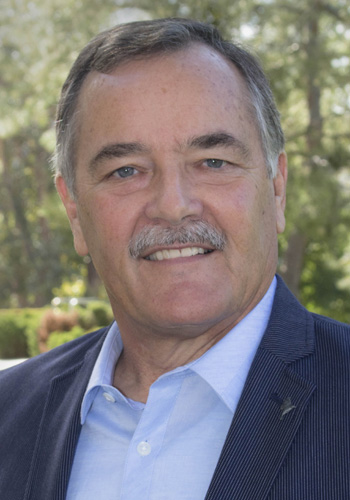 Michael Hoffman is the Career Education Grant Director for Moorpark College. He also serves as an adjunct instructor in journalism at the college, having started teaching there in 2000.

Michael has a master’s degree in Journalism from the University of Missouri and a Master of Business Administration from California Lutheran University.

Prior to his work at Moorpark College, Michael worked for more than 20 years in the news industry as a reporter, editor, and niche publication director. 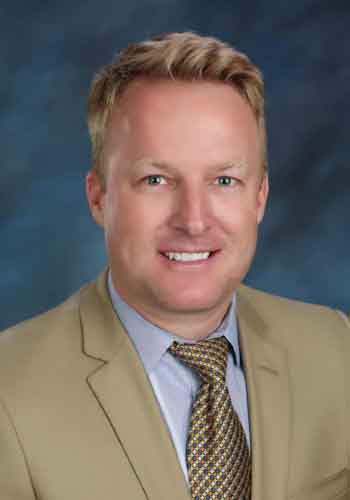 Jason Peplinski, Ph.D., is the Simi Valley Unified School District Superintendent. He began teaching Spanish at Quartz Hill High School in Lancaster. The Simi Valley Unified School District welcomed him in 2004 as the Assistant Principal of Royal High School. He also served as Principal of SVUSD’s Abraham Lincoln School, Santa Susana High School, and Moorpark High School. In 2013, he was promoted to the District Office first as Director of Educational Services and then as the Assistant Superintendent of Educational Services. In October 2014, Jason became SVUSD Superintendent.

He earned his doctorate from California Lutheran University, where he also served on CLU's Board of Regents. He currently serves as the vice-chair of the TriCounties Education Coalition. In 2019, he was awarded the Region 13 Superintendent of the Year from the Association of California School Administrators.

Jason lives in Simi Valley with his family. 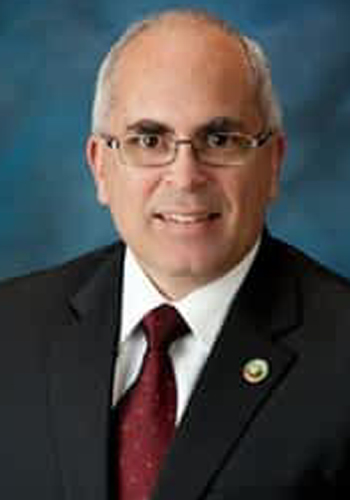 A resident of Moorpark since 1989, David Pollock has long been an active member of the community and is currently serving a councilmember for the city of Moorpark.

Prior to his election to the City Council, David served on the Moorpark Unified School District Board of Directors for 15 years and was the first person from Ventura County to serve as president of the California School Boards Association, representing nearly 1,000 school boards across the state.

David is a strong believer in community service.  He also serves as president of the Moorpark Education Foundation and on the foundation board of Adventist Health Simi Valley.

In his professional life, David is a business development professional in private practice. He holds an Master of Business Administration from the UCLA Anderson School of Management and a Bachelor of Science from Pepperdine University 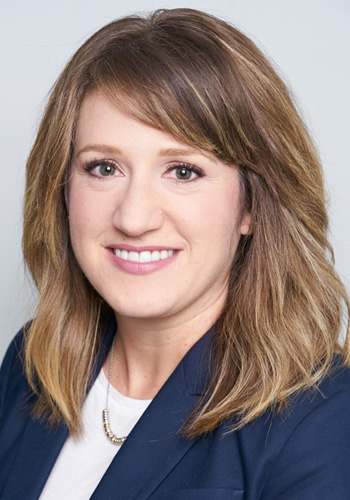 With over 20 years in Human Resources, Samantha has experience supporting large organizations in various industries including retail, insurance, and biotech. Her areas of strengths include communications, driving collaboration, creative problem solving, and delivering culture change.

Samantha holds a bachelor’s degree in Organizational Communication from Pepperdine University and a Senior Professional in Human Resources (SPHR) certification from the HR Certification Institute (HRCI).

Passionate about equal rights, Samantha is proud to support Takeda’s diversity, equity, and inclusion efforts through team-member-driven programs. She is a proud executive sponsor for Takeda Resource Group, Take Pride. 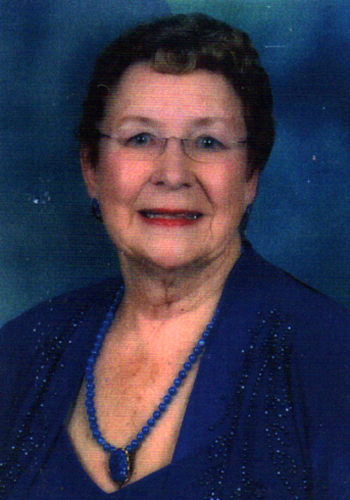 Sylvia is a retired Moorpark College professor, having taught at the college from 1975-1990 and again from 2000-2001. She taught Engineering Graphics, Interior Design, Architectural Drafting, and Mechanical Drafting and Interior Design and Drafting.

Additionally, she has taught at Woodbury University; California State University, Northridge; and College of the Canyons.

She received her Bachelor of Fine Arts degree in Interior Design from Syracuse University and her Master of Arts in Architecture and Urban Planning from UCLA. She earned her certificate of Achievement in Construction Technology at Moorpark College. She is a self-employed general contractor and owner of Access 4 America LLC. 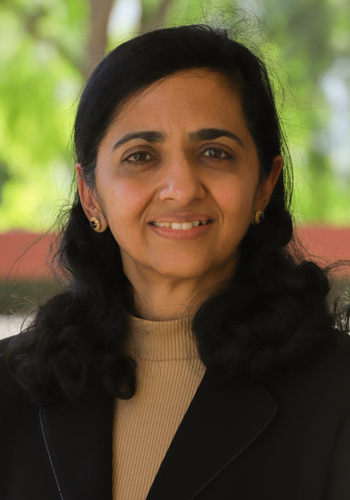 Anita Venkataraman is president, CTO, and Co-Founder of ProDIGIQ inc. ProDIGIQ is an innovative technology company headquartered in Thousand Oaks that provides cutting-edge solutions to more than 100 airports and airlines worldwide.

In 2008, Anita co-founded ProDIGIQ and has since created a paradigm shift in the aviation space. As the chief technology officer, Anita drives ProDIGIQ’s technological innovations that put the company leaps and bounds ahead of the industry. Through Anita’s leadership, ProDIGIQ has been able to expand from one airport in Santa Barbara to over 100 aviation clients around the globe. Anita has accumulated over 24 years of experience in leading-edge patentable technology solutions, project management, and data analysis.

As a woman in STEM, Anita seeks to empower other women to pursue a career in STEM. She has done so through involvement in local Computer Science girls clubs and active participation in curriculum development at local community colleges. Anita has continued her focus on philanthropic efforts through mentorship and scholarships to help the next generations of students pursuing science and technology. She is immensely proud of the highly successful internship program for local high school and college students to gain hands-on experience by working at ProDIGIQ. 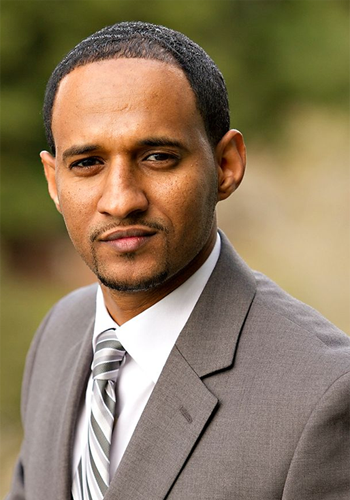 Amanuel Gebru, Ph.D.,  is the Vice President of Student Support at Moorpark College.  Prior to his arrival at Moorpark, he served as Director of the Passage Program and the Interim Director of Matriculation and Assessment at Los Angeles Southwest College.

Amanuel received his Bachelor of Arts in Communication and his Master of Science in Counseling with an emphasis in Student in Development in Higher Education from California State University, Long Beach. He completed his Doctorate in Organizational Leadership at the University of La Verne. 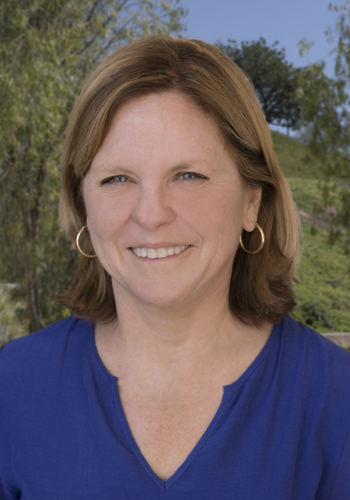 Mary's educational background is in biology with graduate work in immunology. She has leadership experience in the biotech industry, as a K-12 trustee and community colleges. She enjoys the process of building a vision with others, then using her knowledge and organizational skills to help the college and foundation reach that shared vision.