Nathan Bowen, PhD completed his doctorate in music composition at the CUNY Graduate Center, studying with Douglas Geers, Amnon Wolman, Tania León, and David Olan.  His dissertation received the Barry Brook Dissertation Award, and his research was funded in part by the New Media Lab.  Having composed for chamber ensembles, short films, orchestra, choir, theater, TV commercial projects, and computer music, Nathan has diverse interests.  As a member of the Handcart Ensemble, he created sound scores tightly integrated with kinetic dance movement and spatialization for New York premieres of Pulitzer Prize winner Seamus Heany’s Burial at Thebes as well as Ted Hughes’s Alcestis.  His music for Handcart Ensemble’s Two Yeats Plays garnered a nomination for a New York Innovative Theater Award for best original music.  In 2007 he was commissioned by MELD Danceworks to provide an original score for Sydney Ann’s Apple, which was premiered at the Merce Cunningham Studio.  He does professional copy work and arranging for AWR Music, whose clients include Pat Benatar, Square Enix (Final Fantasy), and Mattel.  He is also a writer for Fibonacci Fine Arts Digest, which promotes fine art throughout the Mountain West.  His commercial music is published through DL Music.

His most recent projects involve using the mobile phone as a real-time performance instrument.  His work on mobile phone music has garnered invitations to conduct research at IRCAM with the Real-Time Interactions Team in Paris and Goldsmiths in London.  He has presented at Expo ’74 Brooklyn,SLEO, SEAMUS, ICMC, and NYCEMF, where he is an original member of the steering committee.  Visit his website at nbowenmusic.com. 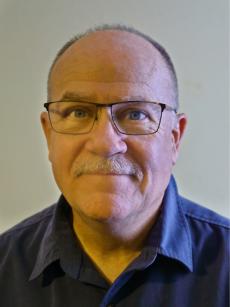 Trey Demmond (alias Edward C. Demmond III) has been teaching music part time at Moorpark College since 1994. Trey began his career as a professional horn player in orchestras and ensembles. He also has lived in seven states. While living in Wyoming, he asked Casper College if they had any horn players who needed private lessons. They said, “Yes! And will you teach music theory and history as well?” Trey replied, “I hate music theory…”

They responded, “Do you want a job or not?” He said, “Yes! I will learn to love music theory!” Thus began an unintended sojourn into being a college teacher. Trey also fell in love with music theory. To top off his BME from George Peabody College for Teachers and a MM in French Horn Performance from Univ. of Northern Colorado, Trey added both a MM and a PhD in Music Theory from the Univ. of Wisconsin-Madison. In 2011 he started composing music and photographing nature for scientists. In addition, Trey creates informational videos featuring his music soundtracks. 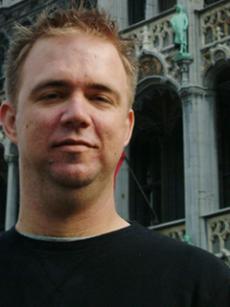 Tony Wardzinski is a composer and arranger of music for a wide variety of large and chamber ensembles that have been performed across the country and Europe. He studied composition with Roger Bourland, Paul Chihara, George Heussenstamm, Daniel Kessner, Ian Krause, and David Lefkowitz. Dr. Wardzinski received his BM and MM in music composition and theory from California State University, Northridge and a PhD in music composition from University of California, Los Angeles.